Do You Really Need a Framework?

Software and web development frameworks like jQuery and Angular can be used to save time when programming, but are they really necessary? The short answer is no, but it’s a bit more complex than that. Just because you don’t need to use something doesn’t mean it’s a bad idea. Let’s talk about what a framework is, why programmers use it, and what the benefits are for you.

What Is a Framework? In the early days of web development, programmers hard coded everything using HTML and CSS. Websites were basic and frameworks were just beginning to be developed. Why were they being developed? Because programmers got sick and tired of writing out the same code and logic every time they started a new project. A framework is the natural result of software innovation. They’re basically prepackaged coding bits you can rely on over and over again to develop your software and web applications quickly.

Here’s a helpful list of frameworks you can check out:

Why Use a Framework? Unless you’re coding an extremely simple website or software application, then you’ll probably want to use a framework to save time. Like, a massive amount of time. If you learn a framework like Angular or React, you’ll be able to write out a piece of code that relies on the innovations of numerous developers who’ve contributed to the framework. Of course, you could reinvent the wheel if you really feel like it, but we’re going to guess most people don’t want to do that. We’ve already gone over some of the major benefits of using a framework, but here they are again along with some other benefits to consider:

When Not to Use a Framework

No framework is going to do everything for you. At most, the framework acts as a tool you need to know how to use. Nothing will replace fundamental programming skills and problem-solving abilities. Frameworks come and go—falling in and out of popular use—but good programming skills can last forever. Keep that in mind as you continue to look into learning frameworks.

Want to learn more about programming? Check out Devmountain’s courses. You’ll learn about modern frameworks, programming languages, and libraries, as well as a ton of other useful stuff. Changing or furthering your career is possible with structure and support from Devmountain.

Web Development for Beginners: Where to Start?

Git vs. GitHub: What's the Difference? 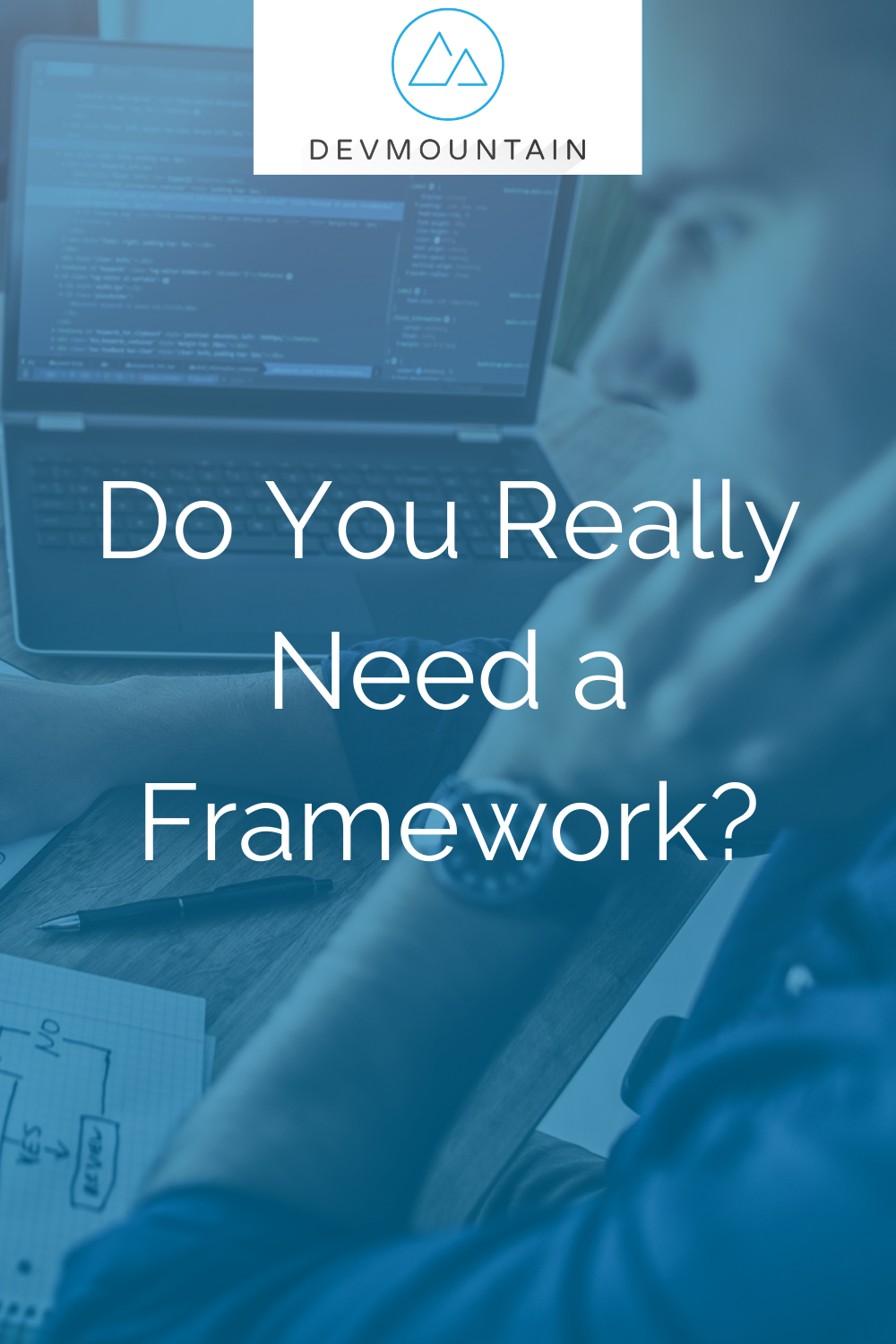 Bulma CSS: What It Is and Why It’s a Framework That Developers Love

7 Reasons You Should Learn Web Development

What Does a Software Engineer Do?