Is Java Hard to Learn?

Is Java hard to learn? Well, it’s been around for a long time, which means it’s had plenty of time to evolve, and it’s used in a lot of places, which means there are a lot of developers who know it. But, those two things don’t necessarily make it easier for a beginning coder to learn. Just like any programming language, there are simple, easy parts and complex, hard concepts.

Whether Java is hard to learn or not depends in part on how tech-savvy you are and how much interest you have in learning a new programming language. If you choose to learn Java, you’ll run into basic things like functions and variables, but you’ll also meet polymorphism.

If you start with the basics before moving on, then you should be just fine picking it up.

Are there any reasons to learn Java? The short answer is yes. Java is everywhere, which means there’s plenty of code that needs to be maintained or at least understood in the event that it needs to be updated to something else. If you plan on working as a software engineer, you may have to deal with legacy systems that use Java. You may also find it works really well for your modern projects. There’s not really a right way when it comes to learning new programming languages like Java. Of course, there are helpful courses and online tools, but high-level concepts like patience and consistency are far more important than any tutorial or exercise you may come across. If you don’t know anything about code, you’ll have to learn the foundations of coding first. Then, you can start learning the syntax and rules of any programming language you want, like Java.

Does Java Have Disadvantages? All programming languages have disadvantages and Java is no exception. It’s not going to be the right tool for every software development project, but it is known for being pretty versatile. So, what are some disadvantages of using Java? Well, it’s slow. And, it’s kind of a memory hog. The code can also be kind of complex, and it doesn’t look the prettiest. But, it’s also stable. And, platform-independent, meaning it can work on basically anything. Boiled down, it’s also simple.

What Exactly Can Java Do? If you have a personal or business problem that needs to be solved using code, chances are you can find a solution using Java. Even in newer tech fields like mobile app development, you can find Java. It’s actually used to create Android apps. Java can also be found in desktops, laptops, Blu-ray players, medical devices, and game consoles, to name just a few devices. You can use Java for basically everything from web apps to video games (Minecraft was written in Java).

Can You Learn Java in 16 Weeks?

With dedication, determination, and Devmountain, you can learn Java quickly. If you’re serious about learning Java and want to pursue a career in software engineering, then you should check out Devmountain’s 16-week Java Software Engineering course. With a few months of full-time study, you’ll be able to read, write, maintain, and problem-solve using Java.

10 Reasons to Go on a Coding Bootcamp Journey

2021 Coolest Tech Companies to Work for in Utah 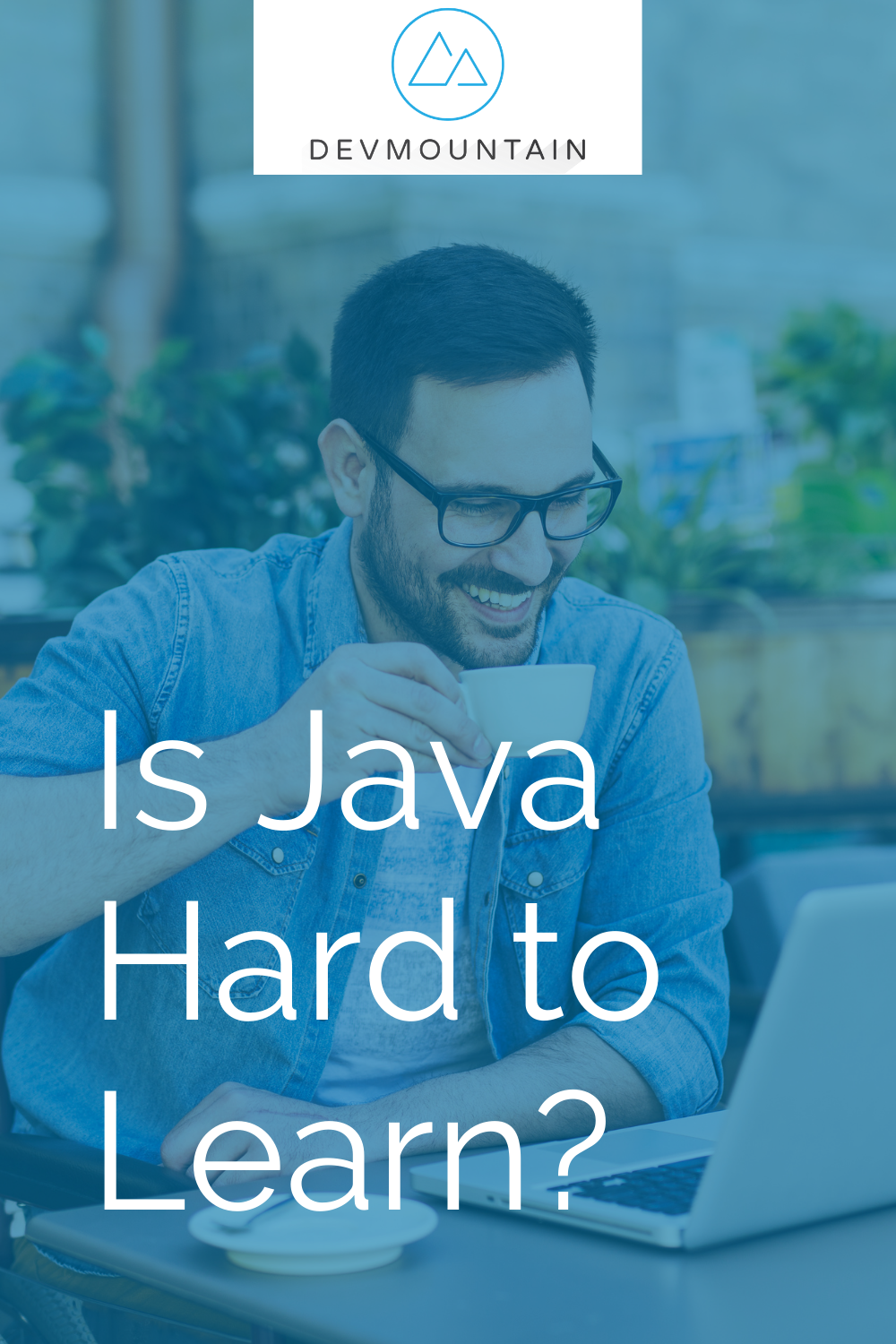 You Don’t Learn iOS Development Overnight, But It’s Worth It

Your Guide to Living in Dallas: The Best Things To Do In Dallas, Texas